Benefits Of Getting Enough Sleep 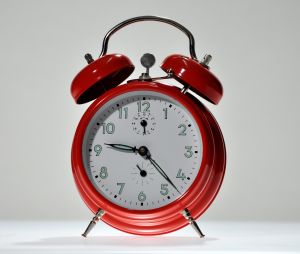 In the Western culture, working long hours or staying up late at night to meet a major deadline is considered to be a badge of honour. Computer programmers and authors glamorise late-night coding sessions and quotes such as “sleep is for the weak” make it clear that if you’re going to bed early, you’re doing it wrong.

This attitude is incredibly unhealthy. Your body needs lots of rest. Staying awake all day and all night and surviving on a diet of stimulants simply isn’t sustainable. It leads to increased cortisol production, weight gain, stress and poor concentration. If you’re an athlete, you’ll find that your body simply can’t recover between training sessions and instead of getting stronger and faster, you’ll end up weaker and more injury-prone.

Cavemen Got Lots of Sleep

One thing that a lot of people notice when they start the Paleo diet is that they find it easier to doze off at night. This is, in part, down to the reduction in the amount of stimulants they take in. Processed foods contain a lot of sugar, caffeine, E-numbers and other additives which trick your brain into feeling as if you have more energy than you really do. Once those additives are out of your system, it’s easier for your body to regulate its own energy levels, so you find it easier to relax at night and to wake up in the morning.

Getting enough rest is important for many reasons. The mental downtime you get while you’re in bed is time that your brain can use to process things that have happened during the day. Your mind cements important memories while you’re asleep and you get a lot of problem-solving done in your subconscious too. That’s why rest is so important if you’re studying – staying awake might feel more productive, but by the end of the following day you’ll probably forget everything you did at night.

Your body also repairs damaged tissue and builds muscle while you’re in bed. Protein synthesis and growth-hormone release both take place during your body’s natural downtime. So, if you’re trying to get stronger, it pays to spend more time in bed.

If you think about the lifestyle of the average caveman – who is a role model for anyone following the Paleo diet – he definitely got lots of rest. These people were at the mercy of the sun most of the time (unless they were willing to stay next to a fire in a cave). They also didn’t have alarm clocks, or computers to distract them and keep them awake at night. They’d hunt when they needed to, gather food when they could and rest when they were tired. If you’re following the Paleo diet, then you should try to learn from their example.

You may not be able to just doze off whenever you feel like it. However, you can improve your bed-time routine by avoiding food and drink loaded with stimulants. Rest is good for you and your body really does need it.