Celiac Disease and the Paleo Diet 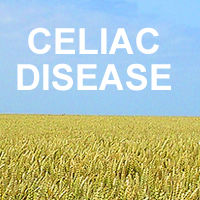 Celiac disease is a serious condition that often goes undiagnosed. Celiac disease is characterized by an inability to tolerate gluten. When someone with the condition eats wheat, rye, barley or anything else which contains the gluten protein, their small intestine is damaged and their body does not correctly absorb the nutrients in the food that they have just eaten.

Exposure to gluten causes the immune system of a celiac sufferer to attack the villi in the intestine. The villi are small finger-like protrusions that line the small intestine and work to absorb nutrients. If a large number of those villi are damaged, then a celiac sufferer can become malnourished, even if they are eating a lot of food.

Doctors are still learning to understand celiac and there are still a lot of misconceptions about the condition. Many people who suffer from it can go undiagnosed for many years, and some people have been forced to self-diagnose and regulate their own diets without medical help. Young children who suffer from celiac may experience chronic diarrhoea, abdominal pain and bloating, weight loss, foul-smelling, fatty stools or even constipation. If a child is constantly irritable, does not grow as quickly as their peers, has very little energy or has a lot of dental problems, then it may be worth talking to a doctor about the possibility of them having a problem with gluten.

Adults are less likely to suffer from obvious digestive symptoms, but may experience joint pain, low energy levels, itchy rashes, canker sores, tingling in their hands or feet, seizures or (in the case of women) missed periods. Some people develop anaemia or malnutrition but have no other obvious symptoms until those more serious health problems develop.

People who are celiac often have other immune-system related diseases, such as diabetes, thyroid problems, Addison’s disease, Sjogren’s syndrome or rheumatoid arthritis.

Celiac disease is not the same as being “gluten intolerant”. Some people experience bloating and mild discomfort after eating foods with gluten in them, but their body does not attack itself in the way that it would for a celiac sufferer. These people can tolerate gluten in small quantities (such as the gluten that is added to certain condiments) but suffer from issues if they eat bread or cereals. Recent research into this kind of so-called “gluten intolerance” suggests that it may not actually be the gluten that is causing gastric distress in this instance, so the name of the condition is a misnomer.

True celiac sufferers are relatively rare. There are around two million people in the USA who suffer from the condition, or around 1 in 133 people. However, the condition does run in families. If you have a first-degree relative with celiac, then you have a 1 in 22 chance of having it yourself.

Diagnosing someone as celiac can be difficult. The condition is often mistaken for irritable bowel syndrome, diverticulitis, chronic fatigue syndrome, inflammatory bowel disease or anaemia. The primary way to get a firm diagnosis is through blood testing, and many people who are working towards a diagnosis make the mistake of cutting gluten out of their diet during the blood-testing period because they do not like the way it makes them feel. Because the tests look at the way the body responds to gluten, cutting out gluten during the screening process can cause you to be misdiagnosed.

Some doctors will opt to perform a biopsy in addition to blood testing for a thorough diagnosis. They may also look for signs of dermatitis herpetiformis, a skin condition that is co-morbid with celiac.

If your celiac diagnosis is positive, then you must adopt a gluten-free diet. Most doctors will provide celiac sufferers with a gluten-free diet plan and a referral to a dietician. In the long term, you may want to look at other plans, such as following the Paleo diet. By going on a gluten-free diet you will give your body time to heal. Over a period of several years your intestines will begin to repair themselves and symptoms such as fatigue and malnutrition will gradually begin to reverse themselves.

People who are on a gluten-free diet should avoid most grains. This means that they cannot eat bread, cereals and pasta, and they should also avoid a lot of processed foods. The good news is that there are a lot of foods that are still permitted. In fact, the Paleo diet is a gluten-free diet, and one that is satisfying and varied enough that a lot of healthy people follow it by choice. This diet includes meat, fish, fruits, vegetables, nuts and berries and is nutritionally balanced and easy to follow.

It can be difficult to adapt to having to read food labels before touching any processed foods. What many people do not realise is that gluten traces may be found in everything from potato chips to hot dogs as well as tinned soups and sauces and even instant rice.

There are special gluten-free versions of popular foods available, but these are expensive and many people feel that they do not taste as good as “the real thing”. If you can get those foods on prescription, then it may be worth trying them, but you may prefer to simply switch to a diet of whole foods and freshly prepared meals. Once you get into the pattern of cooking for yourself, you will come to appreciate the quality of the food you eat.

The Prognosis for Celiac Sufferers

Celiac is a serious condition, and one that should not be ignored. If you suspect that you have the condition, it is well worth fighting for a diagnosis. If someone in your family is celiac, then you may want to consider getting tested because not everyone who has problems with gluten shows visible symptoms. If it is left untreated, celiac can increase your risk of developing osteoporosis as well as certain cancers. Do not put yourself in that position.