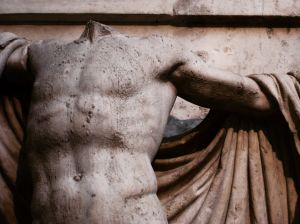 Obesity is an increasingly serious problem in the western world. And it’s easy to see why so many people are overweight. Today we have easy access to food whenever and wherever we want it and spend far more time in sedentary pursuits than previous generations.

The Paleo diet aims to rectify modern lifestyle issues by re-training our eating habits. Instead of eating processed foods that produce cravings, you eat the foods that your body was meant to eat. Why not go one step further and try some occasional fasting? Cavemen ate when food was available, not when they felt like walking to the refrigerator.

Fasting Is Good for You

Most of us grew up being told that skipping meals was a very bad idea and it’s true that you’d probably feel drained and dizzy if you broke from your usual eating patterns while on a typical high-carbohydrate diet which contained a lot of processed foods.

However, assuming you’re in generally good health and don’t have any blood-sugar problems, occasional short fasts will not do you any harm. In fact, there are many benefits to short-term caloric restriction.

The first and most obvious benefit is weight loss. During your fast, your body’s insulin levels are lowered and your catecholamine levels rise. This will encourage your body to burn fat for energy. If you fast regularly, your body learns how to use glycogen more efficiently when it is available, improving your exercise performance when you are eating normally.

Recent research also suggests that people who fast enjoy better heart health and have higher levels of a protein called BDNF, which is used to improve neurological health.

There are several diet plans that use short-term fasts and work well with the Paleo diet. The two most well-known ones are the Five and Two diet and Intermittent Fasting (IF).

The Five and Two diet involves eating normally for five days and consuming just 500-600 calories on the other two days of the week. This works well for people following the Paleo diet because it’s easy to turn 500 calories of lean meats and fresh vegetables into satisfying meals that won’t leave you feeling hungry throughout the day. Eating at a deficit of 1500-2000 calories for two days should put you close to losing 1lb a week before exercise is factored in and most of that weight loss will come from fat, not muscle.

The IF plan takes a different approach. Instead of having a fast that lasts for a day or more, you arrange your day around a six-hour feeding window. So instead of eating breakfast, lunch, an evening meal and a snack before bed, you skip most of those meals and have one or two big meals instead. Some people break their fast at lunchtime; others cram all of their calories into one huge meal. As with other forms of fasting, this diet helps to regulate insulin levels and prevent the cravings and binges that come with frequent snacking.