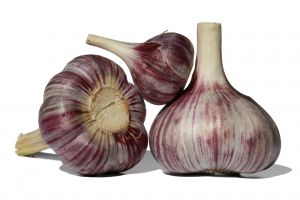 Garlic is well known as a super-food these days something that boosts your immune system, is rich in antioxidants and is even good for preventing cardiovascular disease. What many people don’t realise, however, is that there are many different types of garlic and that eating garlic did not become popular in the western world until the mid 20th century.

The History of Garlic

The word “garlic” comes from an old English term “garleac”, which translates as “spear leek”. This food has been popular in Asia for more than 6,000 years, but it did not become popular in the western world until relatively recently. In fact, American food lovers looked down on clove eaters until the 1940s, seeing the food as something that was only consumed by working-class people who stuck to ethnic dishes. It was not until having a wide and varied palate became fashionable that garlic became socially acceptable.

Garlics have a long history in folklore, as a food that wards off the Evil Eye (and vampires). Even Tutankhamen had clay representations of the bulbs placed in his tomb to ward off evil spirits.

There are two main sub-species of this popular seasoning the Ophioscorodon and the Sativum. The ophioscorodon is a hard-necked species, while the Sativum is soft-necked. Each of these sub-species has several different kinds of sub-variety, but the tastes and appearances of these are fairly similar, with the main difference being the amount of heat they produce. Purple striped bulbs tend to have a sweeter and more pungent flavour, while whiter garlics tend to be hotter and have a less strong aroma.

The health benefits of garlics are well known, even among people who do not follow the Paleo diet. This tasty bulb is rich in vitamin C and was often used to treat scurvy because of this. It is also good for boosting your immune system (and treating the common cold), preventing heart disease and lowering the levels of bad cholesterol in your blood. Another nutrient found in quantity in this popular food is vitamin B6, which is useful not only for improving your immune system, but also for helping to prevent cancer.

The cloves, when crushed, release allicin, which is a natural antibiotic. During the Second World War, soldiers would crush cloves and rub them on their wounds to prevent, or even treat, infections.

A Word of Warning

Variety is an important part of the Paleo diet and for good reason. Our ancestors did not eat large quantities of any one food because they had to forage for everything they ate. Eating a rich and varied diet ensures that you get enough of all of the major nutrients, without overdosing on any one thing.