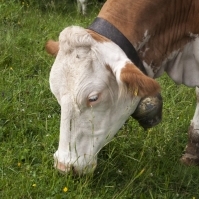 The core principles behind the Paleo diet are fairly well understood these days. Most people understand that following a Paleo-style diet involves eating a lot of meat, nuts and fresh vegetables. However, what people fail to understand is how important the “natural” part of the Paleo diet is and why what you don’t eat is as important as what you do.

One of the best foods for the average person on the Paleo diet is grass fed beef. Grass-fed beef is more expensive than supermarket meats but it is worth the extra expense.

Cows that are bred using modern intensive farming conditions are pumped full of antibiotics and growth hormones. Some of those products make it into the cow’s meat and into our food chain. There are many official bodies that regulate the safety of the food chain for various countries around the world, but those bodies are fallible. In 2013, it was found that horse meat containing a veterinary drug called Bute had made it into the supply chain for UK supermarkets. The meat was disguised as beef and appeared in many ready meals, burgers and other processed foods.

The amount of Bute in the meat was not enough to be toxic, but the fact that even traces of it made it into the food chain caused a lot of concern for consumers. Other countries inspected their own supply chains and found similar contamination.

Why Grass Is Better

Grass-fed animals tend to be leaner than their intensively farmed counterparts, producing cuts of meat that contain less fat. Studies have found that eating lean meat helps to lower your cholesterol levels. In addition, lean meat contains far fewer calories than a fatty cut. The difference can be as much as 100 calories for a six-ounce steak.

Grass fed beef is low in “bad” fats but high in healthy fats such as Omega 3 fatty acids. These fats play an important role in improving your heart’s health and also help to improve brain function, protecting you from Alzheimer’s and depression and helping to improve your concentration.

Not only is the meat from a grass-fed cow better than meat from normal sources, but the milk is better quality too as it is free of many drugs and chemicals and richer in conjugated linoleic acid (CLA). This important fatty acid helps to protect against some forms of cancer.

The guiding principle of the Paleo diet is to eat only those foods that a caveman would eat. Our ancestors did not practice intensive farming. Instead, they gave their animals free reign over nearby fields and lived off the land in a much more symbiotic way.

It is difficult to find truly free-range animals today, but if you are lucky enough to live in the countryside or to have access to farmers’ markets where independent farmers sell their produce then you should try to support those farms. Free-range animals lead happier lives and their meat and eggs are much healthier for us too.