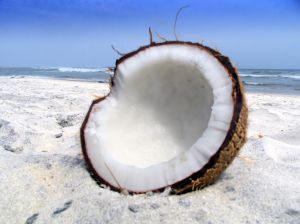 If you follow the Paleo diet, or have been doing some research into the diet to see if the Paleo lifestyle would suit you, then you’re probably well aware of the reasons to avoid cow’s milk, other dairy products and hydrogenated oils.

Cooking Well on the Paleo Diet

Moving over to a Paleo lifestyle can be challenging. However, with research it is possible to find substitutes for “bad” foods that are both tasty and healthy. One good example is the humble coconut.

Coconut milk makes a tasty drink and since it is rich and creamy it makes a great substitute for cow’s milk. Coconut oil is perfect for sautting vegetables, searing fish and even baking with. You can use coconut oil wherever vegetable oil or melted butter is suggested. Your dishes will get a subtle coconut flavour, but the taste is not overwhelming and the texture will be the same as you would get from normal oils.

Superfood Coconut milk and oil are quite calorie-dense and high in saturated fat, which is something that puts many westerners off consuming them. However, it’s important to note that they contain medium-chain fatty acids, which are far better for you than their long-chain counterparts and much more heart-friendly than the trans fats that are found in many traditional cooking oils.

When consumed as a part of a balanced diet, coconut oils can help to control cholesterol. Coconut contains lauric acid, caprylic acid and capric acid. The oils have anti-microbial, anti-fungal and anti-oxidant properties and lauric acid is used by the body to produce monolaurin, which is important to help the immune system fight viral infections.

Other important nutrients found in coconuts include vitamins E and K, iron and a range of important amino acids. Using coconut as part of your day-to-day cooking can promote healthy skin, a healthy digestive system and a strong immune system. Some recent research suggests that it can also slow age-related cognitive degeneration.

To get the benefits of coconut, look for virgin oil, rather than the cheaper (processed) hydrogenated versions that are sold in many supermarkets.

If you’ve bought some fresh coconuts and are looking for a way to use them up without straying too far from a Paleo nutrition plan, try making coconut squares. This tasty snack is made almost entirely out of coconut, using shredded coconut as well as the milk and oil and flour made from ground coconut. Just add eggs, honey, a little almond flour and a dash of salt.

Mix the ingredients together vigorously using a hand mixer and stir until the mixture is smooth and does not clump. Pour the mixture into a baking dish and cook it in the oven at 350 degrees Fahrenheit for around 25 minutes. When the mixtures starts to go brown, take it out of the oven and allow it to cool, then remove from the tray and cut into squares.

This snack is quite calorie-dense, but it’s also satisfying and far better for you than chocolate.