Health Problems Due To Gluten 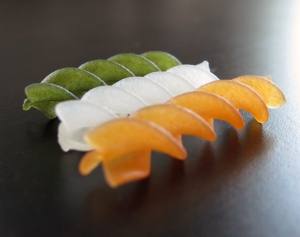 Gluten-free diets have become incredibly popular over the last couple of years. Many celebrities swear that cutting wheat and grains out of their diets has helped them to lose weight, shrink their bellies and tone their thighs. Some even claim that they now have more energy and feel healthier in general.

There may well be some truth to these claims but before you start buying all the gluten-free bread in your local supermarket, consider the science behind the diet. The percentage of the population with celiac disease – a serious intolerance to gluten is incredibly small. People with celiac disease suffer from debilitating side effects if they eat even a small amount of wheat, barley or rye. Following a strict gluten-free diet such as the Paleo diet is the only way that those people can avoid suffering from skin rashes, diarrhoea, anaemia and other unpleasant reactions.

Modern Diets Contain Too Much Gluten

Over the last 50 years, the amount of grains in the average diet has increased dramatically and this is not a good thing. While most people do not suffer from full-blown celiac disease, sensitivities to gluten are becoming more commonplace now that it is such a major part of our diet. It is estimated that in the USA, one in every 133 people has some form of food intolerance. And this figure should be similar in other parts of the world where a grain-rich Western diet is the norm.

Switching to something such as the Paleo diet, which involves eating fresh meat, nuts and vegetables and staying away from processed foods, simple carbohydrates and grains, could be the answer to these sensitivities. Cutting down on the amount of wheat, barley and rye in your diet will help to:

Celiac disease is a serious condition and if you regularly eat foods which trigger your intolerance then your body’s immune response will damage your gut. In the long term, this immune response could lead to intestinal cancers, nutritional deficiencies and even infertility. However, simple intolerances are not the same as celiac disease and exposure to the wrong kinds of foods will not trigger any serious damage to your stomach or intestines.

If you are worried that you may have celiac disease, then you should contact your doctor to be tested for it. If you are concerned about a more general form of gluten intolerance, but you are otherwise healthy, keep a food diary for a while and make a note of how you feel after cutting out various foods from your diet. Take care when eliminating food groups from your diet, though. Remember that a varied diet is an important part of good nutrition. Consider following the Paleo diet for a while – if you feel better when you do not eat grains, you could well have a food intolerance.