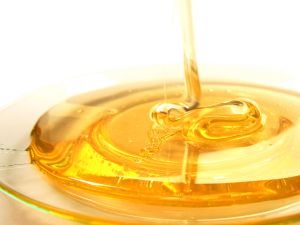 If there’s one thing that almost every diet school of thought agrees on from Paleo to Atkins’ and even Weight Watchers it’s that sugar is bad. Sugar, high-fructose corn syrup and other sweeteners that end in “-ose”, are calorie-dense, nutritionally void foods that serve no useful purpose in the body.

The Paleo diet involves eating foods that our caveman ancestors would have consumed. Cavemen certainly didn’t grow sugar cane, harvest it and then refine it. They lived on meat, nut and vegetables, with the occasional bit of fruit when it was in season. Yes, fruit contains fruit sugars, but they would eat it only occasionally and in moderation.

Our modern taste buds have been conditioned to enjoy food that is salty and food that is sweet. Some people choose to swap high-calorie sugars for artificial sweeteners such as aspartame, but this is not advisable on the Paleo diet. Artificial sweeteners trigger migraines for many people too. The good news is that if you really can’t live without the occasional sweet treat, honey is a great Paleo-friendly sweetener.

This super-food is something that people have been eating and enjoying for many thousands of years. A six-thousand-year-old cave painting found in Spain shows a hunter braving swarms of bees in order to gather honeycomb. Meanwhile, tribesmen in the Congo climb trees that are 40 metres tall to get at hives.

So why do tribal people go to such great lengths to gather sticky, gooey honeycomb? There’s more to their motivation than just the great taste. Those tribal hunter-gatherers were motivated by the chance to re-fill their glycogen stores and were probably attracted by the anti-bacterial properties of the food too.

A study conducted by the Dubai Specialized Medical Center and Medical Research Laboratories in 2004 tested the health-improving effects of honey versus a synthetic substitute, as well as glucose and sucrose. The tests found that over the course of 14 days, the people consuming the real thing enjoyed several benefits:

So if you need a fix of something sweet, look to buy locally produced honeys and choose a variety that is high in antioxidants. You should still tread carefully and remember that it is still a sweetener and it is also calorie-dense, but unlike cane sugar it contains nutrients in amongst those calories, boosting your immune system and according to some studies helping to fight against harmful bacteria too.

You can use honey as a sweetener in drinks, in baking and even as a glaze or a marinade when you fancy something a little different for your meat. When possible, choose darker varieties because they have been found to contain a greater amount of antioxidants.