How The Paleo Diet Can Help Chronic Inflammation 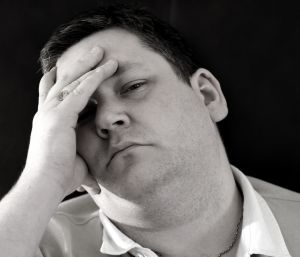 Chronic inflammation can be caused by a sedentary lifestyle, exposure to toxins (such as cigarette smoke), stress and even genetic pre-disposition. Some foods are also associated with inflammation. The good news is that there are also foods which can help to reduce inflammation. If those foods are combined with a generally healthy lifestyle then you can reduce or prevent damage to your body.

The most common food trigger for chronic inflammation is dairy products. If you suffer from inflammatory illnesses, consider removing dairy products from your diet for a while. If you find that your problem subsides, then you have identified the source of your inflammation. If you still have issues, you can re-introduce dairy products and consider other common triggers, such as oils, red meat, margarine and other foods high in omega-6 fats.

If fatty acids are your inflammatory trigger, then following the Paleo diet could be a good choice. Many of the foods that are recommended as part of the Paleo diet are ones which are high in omega-3 fatty acids. This is good news because the cox-2 enzymes which contribute to inflammation cause more damage if your omega-6 and omega-3 fatty-acid levels are not balanced.

Antioxidants are found in a wide range of fruits and vegetables, including most berries, peppers, beets, broccoli, spinach, sprouts, raisins and kale, all of which are a part of the Paleo diet. Fresh foods are the best choice for antioxidant levels, but many fruits can be frozen without damaging the antioxidants in them.