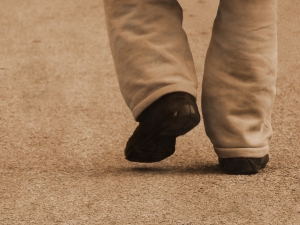 The Social Side of a Healthy Lifestyle

Social isolation is becoming an increasingly serious issue. In a study conducted by the AARP in 2010, 35% of adults over the age of 50 reported feeling lonely. This is a significant increase over the 20% figure that a similar study produced in the 1980s. It’s unclear why people feel lonelier today. Maybe our expectations have changed, maybe more people are moving long distances for their work and leaving their families and friends behind, or maybe the internet is replacing some aspects of our social lives but not offering a high enough quality of social interaction to stave off loneliness.

Whatever the reason for this increase in loneliness, one thing is undeniable: being lonely can be bad for your health. The University of Chicago conducted a study in which they tested the cortisol levels of a large number of people. Cortisol is a hormone that is produced when you are stressed. The researchers found that lonely people produced more of it than people who were happy with their social lives.

Stress Is Bad for You

Excess cortisol production can cause chronic inflammation. This weakens your immune system and can make you more susceptible to a range of illnesses. It also means that you struggle to recover from serious illnesses. Researchers have found that cancer patients who have a strong support network are more likely to recover than ones who do not. Lonely people are more likely to feel depressed, suffer from chronic illnesses and die at a younger age.

In many ways, this research backs up what a lot of people already instinctively knew. Just think about the healthiest and happiest pensioners you know. They are probably active people who have a hobby to keep them busy. They are members of several clubs and have a network of close friends. Mental stimulation is important for staying healthy.

The same is true for young people who become unemployed and lose touch with their friends. When they no longer have access to a network of supportive friends, they become depressed, have no energy and find it harder to get a job. Once you feel lonely, it’s hard to shake off that feeling.

No one can predict the future, but one of the best ways to ensure you enjoy a long and healthy life is to take care of yourself from an early age. Don’t limit your social interactions to just your immediate family and the people you see at work. Start by eating well (following Paleo diet principles even just “most of the time” is a good starting point) and getting some exercise. Join a gym and meet people there and start getting to know other people who have the same priorities in life as you. You might start off talking about kettle bells and the Paleo diet, but as you get to know people you’ll find out what else you have in common. Make friends, smile at people and feel your stresses fade away.