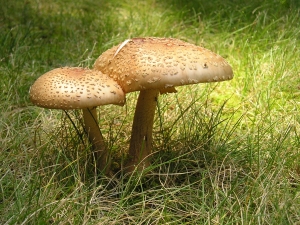 Mushrooms have been an important part of Eastern diets for thousands of years. Eastern cultures had an intuitive understanding of the powerful health benefits of eating mushrooms, while many Westerners either feared mushrooms or viewed them with distaste.

Mushrooms are an important part of the Paleo diet. While it’s true that some varieties are poisonous, it did not take long for our hunter-gatherer ancestors to learn which varieties were safe to eat and which were best avoided. Now that we have that knowledge, it makes sense to take advantage of it. The mushroom is gluten-free, so it is a good choice for celiacs and those following a gluten-free diet by choice, even if they don’t want to go completely Paleo.

There are many health benefits associated with eating fungi, including weight loss, improved immune system function, and increased vitamin D levels. For maximum health benefits, it is best to consume fungi that have been organically grown, because a mushroom absorbs and concentrates whatever it is they are grown in, including heavy metals, polluted water and any chemicals used to treat the soil. The best varieties to eat include reishi, cordyceps, shiitake, turkey tail and himematsutake, but even the humble button mushroom can be a good choice.

Scientists at Nottingham University studied the powers of the cordyceps variety of mushroom, and found that the cordycepin compound has powerful anti-inflammatory properties, as well as promising cancer-fighting properties. The researchers found that the compound reduces the expression of inflammatory genes in muscle cells by acting on the final part of the process of synthesising mRNAs. Cordycepin has a similar effect to ibuprofen, except it works during a later part of the synthesising process, which means that it could be a valuable treatment option for people who find that traditional anti-inflammatory drugs do not work well.

Eating the cordyceps mushroom could help to fight inflammation, reducing the severity of symptoms of arthritis and other similar conditions. Other fungi have been linked to reducing your risk of diabetes and heart disease, fighting gout and even promoting healthy skin and hair.

As the Paleo diet has become more fashionable, many people have decided to embrace the hunter-gatherer lifestyle completely, growing their own food, picking berries, and even foraging for fungi and herbs. This is not a good idea for anyone who is untrained in identifying fungi. Varieties such as the death cap and the panther cap are quite common in Britain, and closely resemble other safe varieties. The death cap is best known for causing the death of the Roman Emperor Claudius, but even today misguided foragers are ending up in hospital after picking and consuming it. These fungi can be fatal even if eaten in small quantities.

If you are considering trying your hand at foraging, take a course in plant and fungi identification first. If you cannot do this, stick to purchasing foods that are known to be safe from your supermarket or a reputable seller at the local farmers’ market.