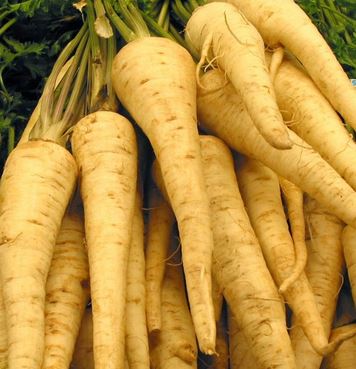 Parsnips are a root vegetable. They are closely related to carrots and are popular because they are easy to grow and they can survive harsh winters. The parsnip has been a part of our diets for an incredibly long time. They are native to Europe and Asia and were introduced to North America during the 17th century. There are records showing that the Romans cultivated the crop, as well as carrots. Some documents suggest that the Romans thought the parsnip was an aphrodisiac, but this belief seems to have faded over the centuries. Today, Italians rarely eat parsnip, preferring to feed it to pigs that are being bred to produce Parma ham. Parsnips can be eaten raw, but they are usually cooked. They are rich in nutrients and make a good occasional addition to a modern Paleo diet.

The Health Benefits of Parsnip

Parsnips are quite low in calories and rich in nutrients. Half a cup of cooked, sliced parsnip contains three grams of fibre and just 55 calories. It also contains 17% of your RDA of vitamin C and 11% of your RDA of manganese and folate, as well as 3% of your RDA of calcium and iron. The only potential downside of this root vegetable is that it is quite high in sodium.

In addition to those nutrients, parsnip contains several anti-oxidants, including falcarinol, falcarindiol, methyl-falcarinodiol, and panaxydiol. These anti-oxidants are thought to have anti-inflammatory, anti-fungal and anti-cancer properties, although more research is required on those benefits.

The high fibre content of parsnip is particularly noteworthy because it includes both soluble and insoluble fibre in the form of cellulose, lignin and hemicellulose. This combination of fibre is beneficial because it helps to prevent and relieve constipation and may also help to reduce blood cholesterol levels.

Parsnips are usually cooked and prepared in a similar way to carrots. They are typically eaten hot and can be boiled, baked, roasted, steamed or pureed. They make a good addition to stews and soups, and are also a popular part of traditional Sunday roasts.

How Paleo Is Parsnip?

Whether or not parsnip is a good candidate for inclusion into the Paleo diet is a subject of great debate. As a root vegetable, parsnip is high in carbohydrates, and some Paleo diet followers may prefer to avoid it for this reason. In addition, it is unclear how popular parsnip was in ancient times, since the leaves of the plant can be toxic and must be handled with care. In addition, the plant is prone to fungal infections, which means that it must be cultivated with care.

Parsnip can be a part of the Paleo diet if it is eaten in moderation, and if you are not trying to use Paleo eating as a form of weight control. It can be used as a sweet or a savoury food. One popular recipe is for parsnip cookies, which use the root vegetable as a sweetener in the place of cane sugar. Similar recipes exist which call for carrots instead of sugar.