Problems With The Vegan Diet 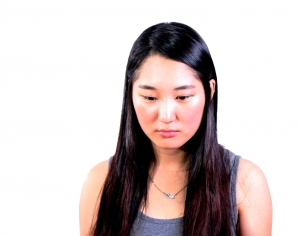 Vegan diets are becoming increasingly popular as a lifestyle choice, as people opt to avoid meat and animal products for health reasons. At first glance, a vegan diet looks quite healthy because it is so rich in fresh fruits and vegetables. However, if you do not track your daily nutrient intake carefully you could end up suffering from several different health problems because of the difficulty of getting a balanced macro-nutrient profile when you follow a vegan diet.

The Downsides of the Vegan Diet

Vegan diets tend to be high in carbohydrates but low in protein and fat. Many vegans and vegetarians find it difficult to find foods that will keep them satisfied in between meals. So after eating healthy foods for their main meals, they end up snacking on sweet foods which are calorie-dense and high in unhealthy fats.

In addition, vegan diets tend to be low in protein, vitamin D, vitamin B-12 and iron. It is possible to get sufficient iron and vitamins from fortified cereals and wheat products, but these products do not always fill you up for more than a few minutes and can cause insulin spikes.

Another deficiency in vegetarians and vegans is zinc. This mineral is important for the health of your skin, hair and eyes. Vegans must eat lots of grains, legumes and seeds to avoid zinc deficiencies.

Veganism and the Paleo Diet

Paleo nutrition plans involve following a diet that is rich in meat, but it does not have to be that way. The Paleo diet is a diet that encourages you to eat as your caveman ancestors did. If a caveman would not have been able to hunt for or gather a particular food, you should not eat it. The theory behind the Paleo diet is that humans were meant to be hunter-gatherers and that highly processed foods are not what we were meant to consume.

Following a Paleo diet as a vegan is difficult, because the Paleo diet discourages you from eating beans, soy, rice, grains and quinoa. It also suggests that you eat fruits only in moderation and aim to eat those which are in season, rather than importing fruits from all over the world.

Recent research published in the American Journal of Physical Anthropology suggests that cavemen got as much as 50 per cent of their protein from plant sources. There are many plant sources that provide lots of protein and healthy fats, including almonds, avocados, pistachios, spinach, walnuts and broccoli. Consuming these foods in addition to fresh fruits and green, leafy vegetables ensures that you consistently meet your macro-nutrient requirements.

Adapting to the Paleo Lifestyle

It can take a while to become accustomed to eating Paleo, especially if you are used to being able to fill up on grains or other starchy snacks. However, once you find whole foods that you enjoy snacking on, you should feel that you have more energy throughout the day (thanks to more stable insulin levels). You should also feel satisfied for longer.