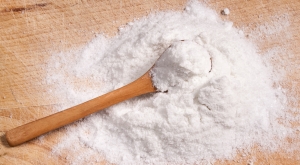 Salt is an important and often misunderstood nutrient. Traditionally, people who follow the Paleo diet are advised to keep their salt consumption fairly low, at around 768mg a day. This is much lower than the national average in the USA of 3,300mg, and also lower than the recommended intake of 2,300mg. Why does the Paleo diet advise such low sodium consumption, and what is sodium used for?

The Health Benefits of Salt

Sodium is a vital nutrient, but it should only be taken in small doses. Sodium is a component of extracellular fluid. It is important for maintaining normal cellular metabolism, and also for optimal cardiovascular health. Sodium deficiency can cause brain swelling, congestive heart failure and coma. These symptoms occur only in extreme sodium deficiency, however, and long before these symptoms surface a person with sodium deficiency will experience cravings for salty food and will seek out high-sodium products, over-indulging to correct their nutrient deficiency.

The Risks of High Sodium Consumption

Excessive salt consumption can be dangerous. High-sodium diets have been linked to increased blood pressure, which is a warning signal for increased risk of heart disease and strokes. Processed foods are incredibly high in sodium, as are preserved foods such as cured bacon, dry-roasted nuts, smoked fish and processed meats. If you are following the Paleo diet, you should stay away from processed foods and eat fresh produce whenever possible ? not just for the high sodium content of processed foods, but also the other substances that are added to the food, such as nitrates to preserve meat.

Your kidneys can help to regulate the amount of sodium in your blood stream, but it is not a good idea to consume excessive amounts, especially if you then allow yourself to become dehydrated. Moderate consumption, combined with plenty of water, is a much healthier option.

Our Paleolithic ancestors did not add salt to their food, and they did not eat ready meals, so their daily exposure to sodium was far lower than ours. However, in this case that does not mean that their nutrition was optimal. Cavemen ate what they could and would listen to their bodies, seeking out sodium-laden foods whenever they had the chance to do so. If you are following the Paleo diet, your best option is to moderate your intake of sodium, but don’t worry too much about keeping your intake extremely low. The modern recommendation of 2,300mg is a safe limit, and if you eat an otherwise healthy diet and drink plenty of water you will stay healthy. As always, moderation is the most important part of your diet.