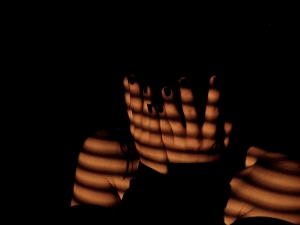 The causes of Seasonal Affective Disorder are not completely understood, but it is thought that the condition is linked to short winter days and the lack of sunlight that is associated with them. The lack of exposure to sunlight alters the body’s circadian rhythm and interferes with the body’s natural production of melatonin and serotonin, two hormones that affect mood.

Some people have had success with treating SAD through the use of light boxes which put out light that is similar to sunlight. Other treatments include cognitive behavioural therapy and antidepressants. In addition, some sufferers have found that changing their diet can help to combat SAD. During the winter months, many people turn to comfort foods, and those foods could be contributing to the feeling of reduced energy and poor mood.

Many popular Paleo diet foods can help to increase your energy levels and boost serotonin production. One of the most important things to load up on when you are feeling depressed is complex carbohydrates. People naturally crave carbohydrates when their moods are low, but the natural instinct to eat foods rich in simple sugars is counter-productive. Complex carbohydrates, such as those found in vegetables, are a better choice.

Omega-3 fatty acids are another important food. These essential fats are found in oily fish such as salmon and sardines, and they play an important role in protecting the health of your brain. According to a study conducted at the University of Maryland Medical Center, people who are deficient in omega-3 fatty acids tend to display poor memory and concentration and show signs of fatigue, depression and mood swings.

Another benefit of eating fish, especially salmon and tuna, is that they contain vitamin D. There are very few whole foods that contain vitamin D (it is added to cereals and milk, but cereals are not usually consumed on the Paleo diet), and during the summer months our body makes vitamin D through exposure to sunlight. Of course, during the winter we don’t get exposed to as much sunlight, and this means that there is the risk of becoming deficient in vitamin D. If you work indoors for most of the day and feel as though you may be suffering from SAD, finding an additional source of vitamin D is a good idea.

If you follow the Paleo diet, then you should find that you naturally get enough of all of the most important macro- and micro-nutrients. However, if you have intolerances or dietary preferences that limit the variety of foods you can eat, supplementation may help you to fight SAD. The most common supplements used by SAD sufferers are melatonin, selenium and 5-HTP supplements.