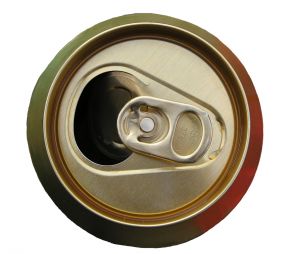 It’s hard to deny that soft drinks (fizzy drinks) taste good. They’re convenient and refreshing, and the non-diet versions satisfy a powerful craving for sugar and caffeine. But it is all too easy to over-indulge in fizzy drinks, and the long-term effects of that over-indulgence can include obesity and type-2 diabetes.

Over the last 20 years, consumption of carbonated beverages has more than doubled. In the mid 1980s, the average British person drank just ten gallons of fizzy drinks per year. Today, we drink more than 25 gallons. When you consider that a single 330ml can of cola contains 35g of sugar (around nine teaspoons), it’s easy to understand how soda can contribute to obesity.

The Paleo diet is built around eating and drinking only items that our caveman ancestors would have had access to. This means that the Paleo diet is comparatively low in simple sugars, since fruit is consumed in moderation only (and only when it is in season), and the diet skews heavily towards green, leafy vegetables and lean meats. Fruit juices and sodas that contain a large number of artificial ingredients aren’t a part of the diet because they just don’t make sense. Why drink one third of your RDA of sugar and a huge percentage of your allowable calories when you could drink water instead and enjoy some more real food?

Diet sodas contain no sugar, and zero calories, but even those pose potential health problems. According to some recent research published in “Circulation”, the American Heart Association’s Journal, people who consume large amounts of soft drinks tend to have higher levels of inflammation in their blood vessels and lower levels of HDL cholesterol, which is considered to be the “good form” of cholesterol. Another study, published in Cancer Epidemiology, Biomarkers and Prevention journal, found that people who consume just two 330ml carbonated beverages per week have double the risk of developing pancreatic cancer compared to non-drinkers.

Interestingly enough, as “bad” as fizzy drinks are, fruit juices are not much better. People who drink large amounts of fruit juice (two cans per day), are more likely to develop non-alcoholic fatty liver disease, which is a precursor to cirrhosis of the liver and liver cancer. This news is alarming because many well-meaning parents give their children fruit juice as a ?healthy? alternative to sugary drinks and sodas that contain artificial sweeteners.

The ideal alternative, especially for people following the Paleo diet, is plain water, but green tea and even unsweetened coffee (in moderation) can be a good choice too. The problem that we face, as a culture, is that we are so used to instant gratification in our diets. Our bodies have become accustomed to getting great-tasting, fast-hitting injections of energy when we need them. It is possible to re-train your body so that it no longer craves fat, sugar and salt in conveniently packaged bundles, but it will take time to get used to a more traditional diet. It is worth the effort, however.