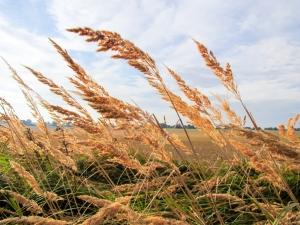 If you’re reading this, you’re probably well aware of the basic principles of the Paleo diet. The idea of staying away from processed, refined and synthetic foods makes a lot of sense to most people, even those who prefer to “eat clean” instead of “eat Paleo”. Grains, however, can be a source of confusion.

Humans started eating grains about 10,000 years ago, when we moved away from the hunter-gatherer lifestyle and learned how to use agriculture to our advantage. Now 10,000 years might seem like a long time, but our digestive systems were formed well before we learned how to be farmers and they weren’t developed to digest grains.

Most people eat wholegrain bread, wheat and rye with the best of intentions. The USDA’s food pyramid recommends that we eat more than six servings of whole-grain food per day. It’s easy to understand why they promote this grain is a major export and it sells well. And it’s easier to feed a large population on calorie-dense grain than it is to try to support everyone using meat and vegetables. Intensive agriculture provides us with a lot of food, but that food might be harming us.

Why Is Grain Harmful?

There are three substances found in grains that are harmful to humans. They are gluten, lectins and phytates. These substances are, essentially, the defence mechanisms used by plants to discourage people from eating them. Let’s take a look at them one by one.

Gluten is found in barley, rye and wheat. People who suffer from celiac disease become seriously ill if they eat even a small amount of gluten. Most of us don’t have celiac disease, but a large percentage of the population is gluten-intolerant and produces antibodies when exposed to gluten. Long-term exposure can lead to the development of several auto-immune diseases.

Lectins are another toxin found in most forms of grain. Lectins damage the lining of the gut, which can increase your risk of colon cancer. In addition, eating lots of lectins can cause your body to become lectin-resistant, making you feel hungry even after a large meal.

Phytates are not directly harmful in the way that gluten and lectins can be, but they do bind to other nutrients, making them less bio-available. If the nutrients in your food are bound to phytates, your body won’t be able to use them. This means that when you read that list of nutrients on a loaf of bread, you’re getting a massive over-estimate of the amount of nutritional value in that bread. Instead of loading up on gluten, why not eat some fresh vegetables and get some real nutrients in your body instead?

The Paleo diet advocates eating only the foods that our caveman ancestors would have eaten. Cavemen didn’t eat wheat, rye or barley because they lacked the tools to process them and eating them raw would have made them sick anyway. Our bodies haven’t changed that much, so we should follow the examples of the cavemen.