Why Cream Is Bad For You 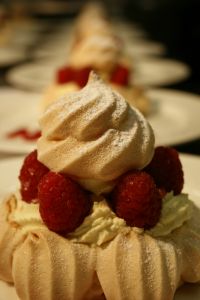 Most of us were brought up to believe that milk is incredibly good for us and that we should eat plenty of cheese to boost our calcium intake. Cream may be relegated to the category of ‘occasional treat’, but only because it is high in fat and quite calorie dense. Have you stopped to think for a moment about how odd it is that humans can digest milk many years after we have been weaned?

Humans are the only species that continues to drink milk in adulthood and not all humans can do it. In fact, most of us cannot. The ability to digest dairy products is a mutation. According to research conducted University College London, the mutation first appeared in dairy farmers in an area between central Europe and the central Balkans.

The mutation spread to other areas, but there are still huge percentages of the population that cannot digest lactose. Around 33% of people are lactose intolerant to a noticeable degree and 4% of the population experience severe reactions such as anaphylaxis. In total, more than 60% of the global population has reduced lactase activity in adulthood. Lactase is the enzyme that helps the body break down the proteins in dairy products.

Luxurious treats do no make you ill

Many of us think of cream as being a treat, but what is luxurious about bloating, skin problems, digestive irritation and fatigue? If you are lactose intolerant, then that is what you’ll get from consuming dairy.

Even if you are blessed with the ability to tolerate lactose, there are plenty of reasons to avoid conventionally produced dairy products. The paleo diet is based around four rules laid out by Dr. Loren Cordain. Those rules can be summarised in one sentence: “Only eat foods that you could have hunted or foraged for if you were living off the land thousands of years ago”. Now, you may have been able to get some cow’s milk thousands of years ago, but only a small amount and it would be nothing like modern day milk.

Milk produced in modern dairies is definitely not made in a way that follows the philosophies of the paleo diet. When milk is pasteurised and homogenised it makes the milk sugars and the useful nutrients harder to digest and causes allergenic proteins to stick in the fat, meaning you are exposed to them even if you eat the butter or cream instead of drinking milk. In addition, some farms make cows pregnant while they are still nursing their last baby. This is considered to be an unethical practice because it means that the cow does not get enough time to recover from the challenges of pregnancy and giving birth. In addition, it introduces extra hormones, such as estrogen, to the milk. Excess estrogen can give women more severe menstrual crams, cause prostate cancer in men and increases your risk of various allergies, eczema, osteoporosis and other conditions. If you must drink milk and eat cream, grass-fed cow’s milk from an ethical dairy is the best option.