Why Nuts Are Good For Us 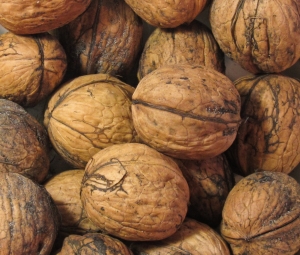 One of the biggest problems that many people encounter when they start following the Paleo diet for the first time is finding something to snack on. The most common snack foods chocolates, sweets and crisps are all nutritionally void, calorie-dense foods that should be avoided when you’re eating Paleo. So what can you replace them with?

Some people find that there’s no need to replace those snacks with anything – simply following a diet that no longer revolves around grains and carbs means that they feel satiated for longer after their main meal, so they have no desire to snack. If, however, you like to graze throughout the day, or simply want to keep something on standby in the office for those days you end up chained to your desk, you might want to consider a nut-based snack.

Nuts and seeds are brilliant snacks and they’re perfect for people following the Paleo diet. This isn’t just because they’re a food that our ancestors had access to. Yes, that’s an important part but Paleo is about more than just blindly eating anything as long as it’s not processed. The fact is that many varieties, including almonds and cashews are rich in healthy fats and important nutrients:

What Do These Nutrients Do?

As you can see, the humble nut contains many important nutrients and is a useful snack. However, it is important to note that some types of nut are high in fat and incredibly calorie-dense. Even when following the Paleo diet, it is possible to eat too many of them. Try to eat no more than a small handful each day so that you can enjoy the nutritional benefits without going overboard on the number of calories consumed each day.