Why Potatoes Are Bad For You 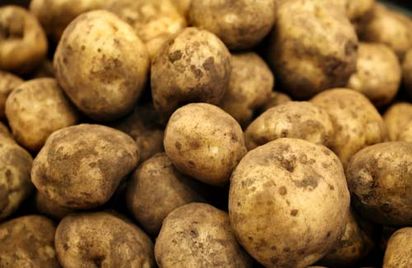 The humble potato is perhaps one of the most confusing vegetables for young children. Kids are always told to eat plenty of fresh fruit and vegetables, yet they’re never encouraged to eat potatoes. Carrots, peas, broccoli and parsnips are good, but chips and mashed potato are frowned upon and with good reason. The good stuff in vegetables comes from two things their fibre content and their colour. That’s why so many super-foods are green and leafy it’s the phytochemicals in the leaves that make them so nutritious. Potatoes, on the other hand, are just starch.

The Potato Is Not Paleo

White potato is not particularly valuable from a nutritional standpoint. They contain little other than starch (and fibre if you eat the skins). They are better for you than grains that are full of gluten, but they’re still loaded with carbs and have a high glycemic index. Yes, they contain some vitamin A and vitamin B6, but so does sweet potato, which has a much better carbohydrate profile.

Eating a potato can spike your insulin levels, which is a bad thing if you’re a diabetic and is hardly ideal if you’re on a diet. Eating a baked potato with a protein-rich filling might be all right, but if you’re eating crisps, chips, or mashed potatoes, you’re doing yourself no favours. In addition, potato skins contain saponins, a toxin which can cause digestive problems if you eat it in quantity. Cooking potatoes gets rid of most of the saponins, but if you have leaky-gut problems you should try to avoid eating potatoes in general.

The Way You Cook Them Matters

If you follow the Paleo diet, then you probably cook a lot of foods from scratch and it’s unlikely that deep-frying is high on your list of favourite cooking options. You probably don’t buy oven chips, either. This means that you escape two of the worst ways of eating potato, but the other popular cooking methods are hardly ideal either.

Mashed potato is popular with health-conscious people who believe that they’re doing their bodies a good deed by not frying their foods. While they’re right, to some extent, they’re missing one point. By peeling a potato, mashing it and then melting margarine into the mash, they have taken a “decent but not perfect” food, removed the bit with the most nutritional value and then covered it in processed oils.

The potato has no place in a strict Paleo diet. Sweet potatoes are an acceptable choice, but white potato is simply not worth the calories that it contains. There are plenty of other sources of healthy, filling starches, so it doesn’t make sense to fill up your plate with a food that will spike your insulin levels and leave you feeling hungry later.

If you’re looking for an alternative to white potato to enjoy on the Paleo diet, try sweet potato, parsnip or cassava instead. You can even fill up on mushrooms, chestnuts and other satisfying choices. There are plenty of healthy options available.