Why Should You Avoid Gluten? 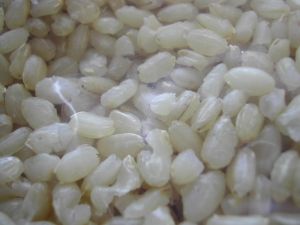 Gluten is a protein composite that is found in a lot of foods made from wheat and other grains. This protein is used to give dough its elastic properties, and it also gives bread its chewy texture. It is also used in some imitation meats, including mock duck, beef, chicken and pork. In addition, gluten is sometimes found in soy sauce and beer. It can be used as a stabilizing agent for foods and condiments, including ice cream and tomato sauce. Because it is such a versatile substance, it is hard to predict what foods it may be contained in, and this makes it hard for people with coeliac disease to avoid it.

Reasons to keep away from Gluten

Many people are sensitive or intolerant to this protein. The most extreme kind of sensitivity is coeliac disease, which affects around one per cent of the population in the USA and the UK. Coeliac disease is characterised by an abnormal immune response to partially digested proteins found in wheat, rye and other grains. This condition is more common in the Western world and can be quite debilitating to long-term sufferers.

The symptoms of coeliac disease include abdominal pain, bloating, indigestion, diarrhoea, constipation, anaemia, weight loss, swelling of the hands, feet and arms caused by oedema, hair loss, and numbness and tingling of the extremities. Coeliac disease is relatively rare, but if it is left untreated it can lead to malnutrition and can have serious long-term health consequences.

Even people who do not suffer from coeliac disease may find that they do not tolerate grains well because of the damage that the proteins in wheat, rye and other grains can do to your gut. Gluten is not the only protein that can be potentially harmful. Wheat Germ Agglutinin can irritate your gut and damage the mucus membrane, contributing to GERD and other digestive issues such as ulcers and promoting leptin resistance. In addition, there are opioid peptides in some types of wheat which can actually contribute to cravings and withdrawal-like symptoms when wheat is removed from the diet. There is some evidence to suggest that opioid peptides can aggravate schizophrenia, and that when wheat-related foods are removed from the diet of schizophrenics, their condition improves.

If you suffer from any kind of autoimmune disease or an inflammatory condition, then you may want to avoid grains because of the proteins they contain. If you think that you have a food intolerance, you can ask your doctor to perform tests for you, or you can try keeping a food diary and following an elimination diet until you identify what it is that is causing you to experience unpleasant symptoms. Note, however, that elimination diets can be dangerous if you try to follow one without the guidance of a qualified nutritionist. Speak to your doctor for advice before you make any major changes to your diet or lifestyle. This is particularly important if you have any pre-existing medical conditions that could be made worse by sudden diet changes.

Foods to Stay Away From

Foods (and ingredients) that you should always avoid include:

In addition, you should avoid the following wheat products:

Processed foods, including cereals, chips, cakes and even sweets should be avoided unless the label explicitly makes it clear that they are gluten-free. Many supermarket chains have special “free from” ranges that make it easy to identify which foods are safe for people with severe allergies and intolerances.

These “free from” ranges are typically more expensive than standard versions of the same foods, and it may be better in some cases to simply make the food from scratch with fresh ingredients instead of purchasing it pre-packaged. If you cook from scratch, you know exactly what is in every meal that you eat.

The Paleo diet is a diet that involves eating foods that are as “close to nature” as possible. The philosophy of the diet is that you should not eat foods unless they are something that your caveman ancestors would have been able to eat. It is fairly safe to say that cavemen did not eat bread, although there is evidence that even in pre-agricultural eras grains were consumed in limited quantities.

One interesting thing to note is that a lot of food intolerances have only started to occur frequently as the amount of that particular food consumed has increased. This is true not just for grains, but also for dairy products. We were meant to live on relatively varied diets, eating food that is in-season and widely available in the area that we live. Repetitive diets that include intensively farmed foods or imported foods, allowing us to eat the same thing day in, day out and all year round, are a relatively recent thing.

Paleo diet followers do not eat a lot of grains, but that does not mean that their diets are boring or limited. There are many foods that are completely acceptable for people eating Paleo, including:

In addition, some people who choose a slightly less strict version of the Paleo diet opt to eat certain dairy products. Most Paleo followers choose not to drink cow?s milk because of concerns about lactose intolerance and concerns about intensive dairy practices. However, other milks (such as goats milk) are considered to be acceptable to drink.

Changing over to the Paleo diet if you previously followed a diet that included a lot of bread, pasta and cereals as well as processed meals may be challenging at first. Modern diets include a lot of grains because they are cheap, filling and calorie-dense. They are quite satisfying, and weaning yourself off them can be difficult. However, most people find that once they stop eating grains and fill up on fresh vegetables instead they feel healthier, no longer crave snacks during the day and they manage to lose weight fairly quickly.