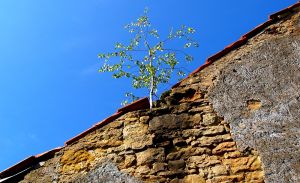 At this time of year, it’s common for people to re-evaluate their lifestyles and consider starting a new diet and exercise regimen. As the New Year approaches, sales of diet books and gym memberships skyrocket, but most of the people who start a healthy lifestyle on January 1st do not manage to stick with it for more than a few weeks. The reason for this is not always as simple as a lack of willpower. Many dieters have more than enough enthusiasm and willpower, but they lack the knowledge to make sensible and sustainable choices.

Too Much, Too Soon

After years of living a sedentary lifestyle and eating a less than healthy diet, it can be difficult to adapt to a new healthy eating regimen, especially something such as the Paleo diet. Some people do manage to make the adjustment by resolving to change their lifestyle overnight, but this “cold turkey” approach does not always work. If you have several things you want to achieve, such as quitting smoking, improving your eating habits, drinking less beer, and going to the gym more often, then you may find that trying to do all of that at once is setting yourself up for failure.

Willpower is useful, but you cannot lead a healthy lifestyle through sheer force of will alone. A lifestyle is something that should feel positive, and eventually become an unconscious habit. The people who are most successful on the Paleo diet are those who have made it a normal part of their lives. When they first started it, they may have occasionally missed grains and the convenience of processed snacks, but now they follow it not as a test of their willpower, but because they know that eating processed foods makes them feel unwell. They feel better, healthier and happier following a Paleo lifestyle.

Ease Yourself into a Better Life

Instead of fighting your body every step of the way, try easing yourself into a healthier lifestyle. If you aren’t used to cooking from scratch, start by cutting out ready meals and preparing your own meals. Don’t beat yourself up about whether or not you’re eating grass-fed beef and organic vegetables. Eating “real food” is a huge step forward compared to eating ready meals. If you feel like you can’t give up certain comfort foods right away, try gradually cutting them down.

Set yourself clear, measurable goals. Remember that it takes 21 days of doing something for it to become a habit. Tell yourself that you’ll stop drinking soda at work during January. Then, once you’re in the habit of drinking water instead, cut out those trips to the vending machine for chocolate in February. Make March the month you cut out bread, and so on. By the end of the year you’ll be living a healthy Paleo lifestyle without having to think about it.

The Paleo diet should be something you enjoy. Don’t put too much pressure on yourself during the early stages of the diet. Ease into it, and reap the health and physique benefits.